Funeral ceremonies for Polish Senator and journalist Krystyna Bochenek, at the Cathedral of Christ the King in Katowice, Poland, 22 April 2010. Bochenek was one of the victims who died when a TU-154 M plane crashed in Smolensk, Russia, on 10 April 2010. 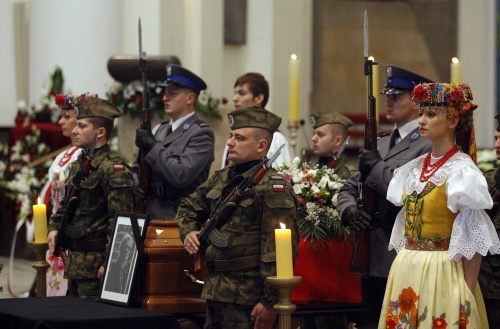