Funeral ceremonies for Member of Parliament Izabela Jaruga-Nowacka, at the cemetery in Warsaw, Poland, 22 April 2010. Jaruga-Nowacka was one of the victims who died when a TU-154 M plane crashed in Smolensk (Russia) on 10 April 2010. 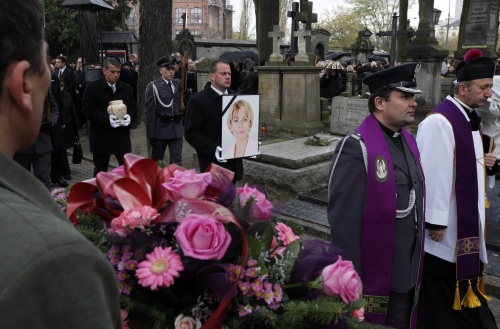