Keeper and foster mother Regina Hamza holds white tiger cub 'Rico' during the presentation at the Serengeti Park in Hodenhagen, Germany, 21 April 2010. 'Rico' and his brother 'Kico' were born on 08 March 2010 and were not accepted by their mother. 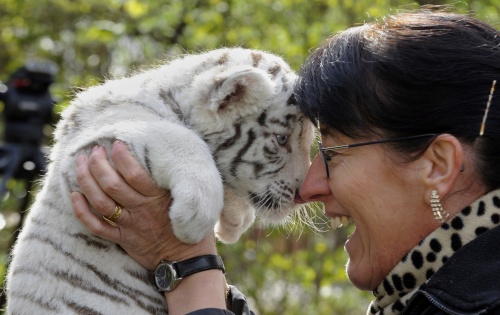