An Indian man takes dip in a local pond highly polluted by plastic packets and waste items dumped by locals on the eve of World Earth Day in Eastern Indian city of Calcutta, India on 21 April. Earth Day is celebrated around the world annually on 22 April. 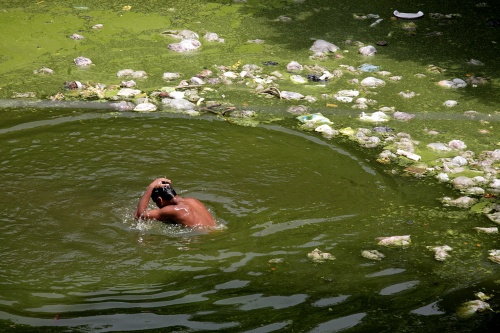