A supporter of the Vote for Change campaign hangs an effigy of the Big Ben in a giant gallow in front of the Palace of Westminster, central London, Britain, 19 April 2010. The campaign is leading the call for a referendum on the voting system. 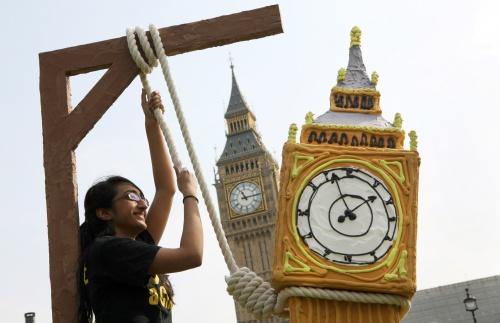