An Indian Census Official recording information at one of the slums in Bangalore on 19 April 2010 as India begins a year-long census of its population in which it plans to photograph and get fingerprints of every citizen above 15. 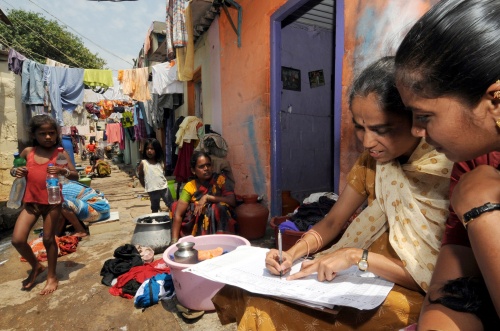