Polish Catholics gather outside St. Stanislaus Church to begin a funeral march toward Holy Name Cathedral in honor of the late Polish President Lech Kaczynski, his wife Maria and 94 others killed in plane crash near Smolensk on 10 April 2010 in Chicago. 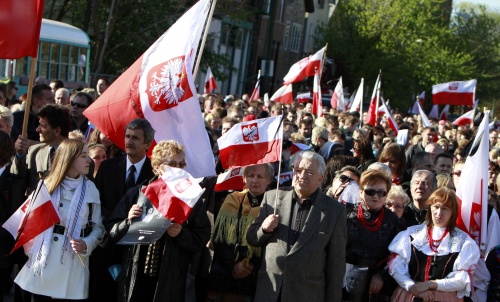