Polish Defense Minister Bogdan Klich stands next to the coffin of the last president of the anti-Communist Polish government in exile, Ryszard Kaczorowski seen during a mass at Belweder Palace, where it is put on public view in Warsaw, Poland, 16 April 20 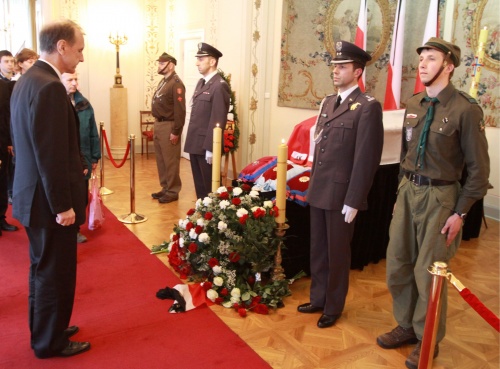