A man checks a british flight plan of British Airways on his smartphone in Frankfurt Main, Germany, 15 April 2010. Due to the ashes of a volcanic eruption in Iceland, the air traffic in northern europe nearly will come to a standstill. 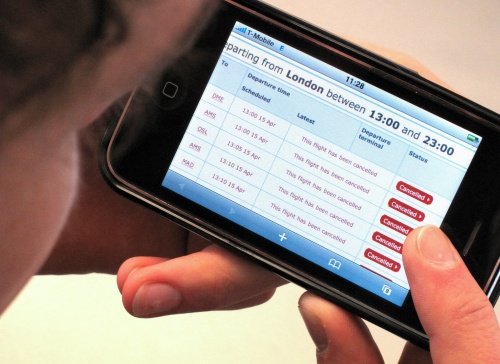