Relatives alongside the coffin with the body of the last president of the anti-Communist Polish government in exile, Ryszard Kaczorowski with a guard of honour of the Polish Armed Forces at the Military Airport in Warsaw, Poland, 15 April 2010. 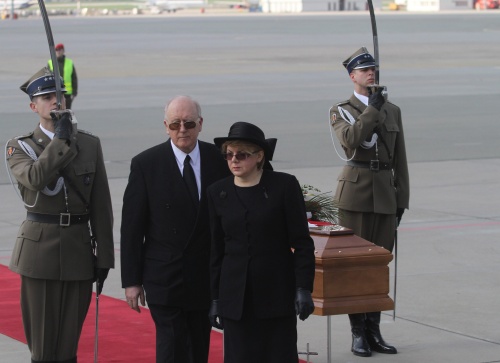