A handout made available by the German federal press office shows German Chancellor Merkel (R) meeting Australian actor Simon Baker (L) on the back lot of Warner Bros. Studios during her tour of the studio in Los Angeles, California, USA, 14 April 2010. 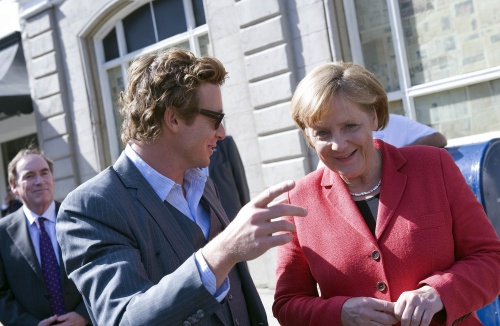