A handout image from NASA T.V. released on 08 April 2010 shows the underside of the crew cabin of the space shuttle Discovery provided by an Expedition 23 crew member during a survey of the approaching STS-131 crew to the International Space Station. 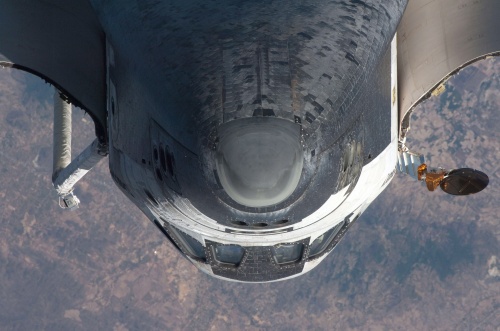