Iraqis men look on as they inspect the rubble of homes destroyed in a bomb attack in Baghdad's Alawi district, Iraq, 07 April 2010. Iraqi security forces imposed a tight security in Baghdad a day after blasts that killed at least 50 people. 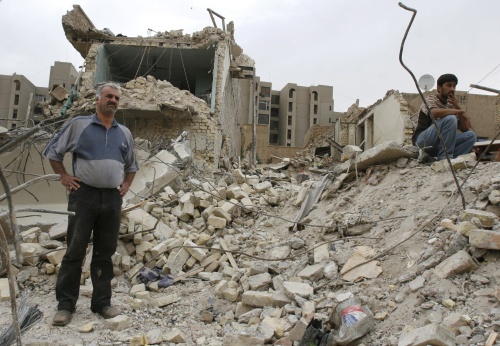