A polling booth is assembled by a worker of the local government at a polling station in Bekescsaba, 201 kms southeast of Budapest, Hungary, 07 April 2010. The first round of Parliamentary elections is to be held on 11 April in Hungary. 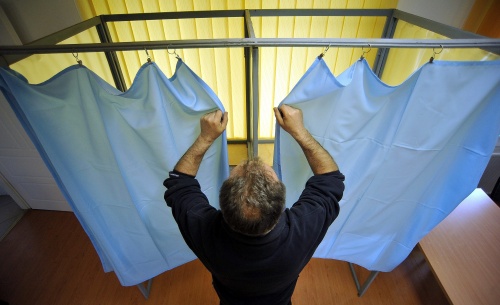