Iraqis inspect the site of a bomb attack in al-Shula district in Baghdad, Iraq, 06 April 2010. Four blasts hit apartment buildings in the areas of al-Shula, Allawi and al-Shurta al-Khamesa in Baghdad, killing 30 people and wounding 100 others, police said 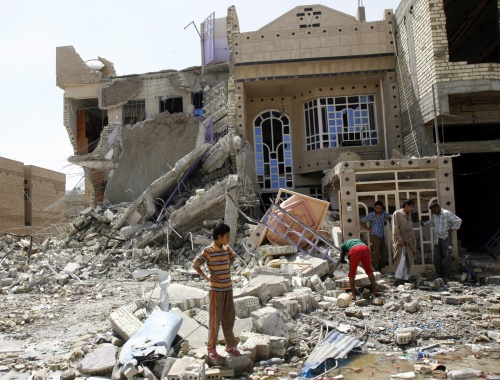