A young AWB Weerstandsbeweging supporter holds a flag with the party's insignia during a demonstration on the first day of the court case for the two accused of the murder of Afrikaner (AWB) leader, Eugene Terre'Blanche, in Ventersdorp, South Africa. 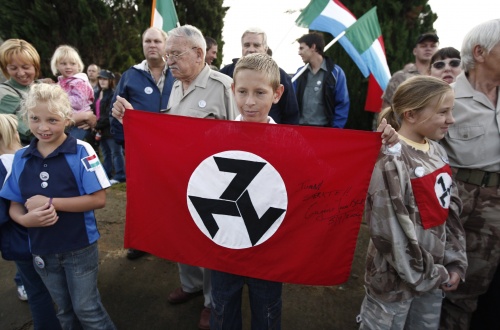