Russian Foreign Minister Sergey Lavrov speaks on a new Strategic Arms Reduction Treaty (START) during a press conference in Moscow, Russia, 06 April 2010. The Presidents of the USA and Russia will sign the new START agreement on April 8 in Prague. 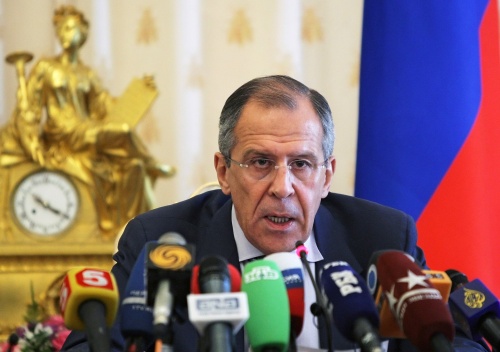