A security official who was severly injured in bomb explosions is rushed to a local hospital after three bomb blasts near the United States consulates in Peshawar, the provincial capital of restive North-West Frontier Province (NWFP) Pakistan on 05 April. 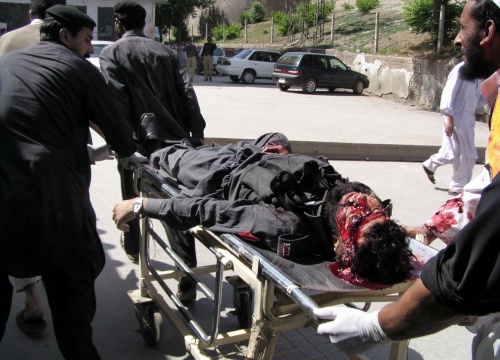