German Chancellor Angela Merkel (L) receives the King Charles II medal from Lord Martin Rees at the Royal Society in London, Britain, 01 April 2010. Merkel was awarded the honour for her contributions to strengthening the role of science in policy. 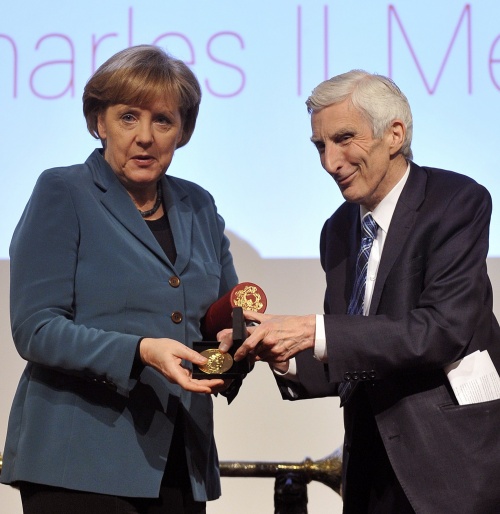