An undated computer graphic provided by Arup on 01 April 2010 shows a view of the spiralling sculpture designed by Turner Prize-winning Indian artist Anish Kapoor which has been chosen as the monument to mark the London 2012 Olympic Games. 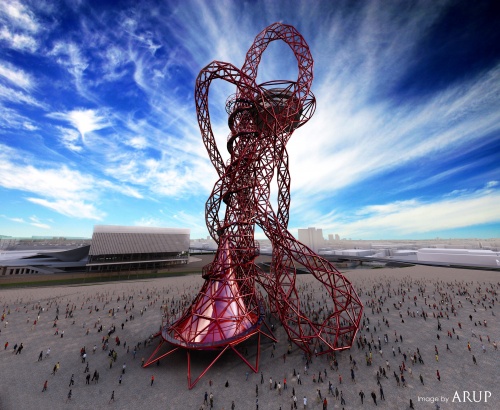