A document of alleged Nazi war criminal Ivan 'John' Demjanjuk at the German Red Cross in Bad Arolsen, Germany. Demjanjuk, 89, who is accused of taking people to the gas chambers at a Nazi death camp in 1943, landed on 12 May 2009 in Germany. 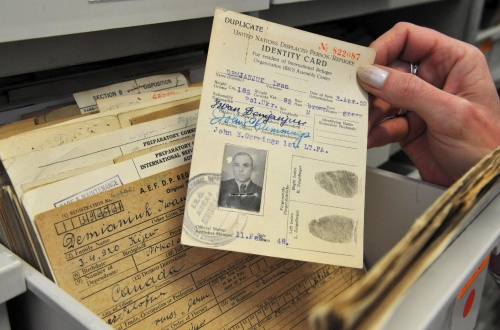