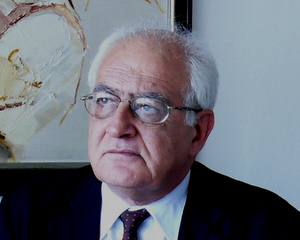 The renown Bulgarian economist and Deputy Chair of the Bulgarian Industrial Association Dikran Tebejan has died at the age of 66. Photo by BIA

The Deputy Chair and Member of the Governing Council of the Bulgarian Industrial Association Dikran Tebejan died less than a month before his 67th birthday, the BIA announced Thursday.

The renown Bulgarian economist Dikran Tebejan was born on January 4, 1942, in the southern Bulgarian city of Yambol.

He majored in industrial economy at the University for National and World Economy in Sofia, and then worked at the Foreign Trade Institute at the Ministry of Foreign Trade.

In 1974-1991, Tebejan was a professor at the International Economic Relations Department of the University for National and World Economy in Sofia.

He joined the Bulgarian Industrial Association in 1997, and became its Deputy Chair in 1999.

Tebejan is the author of a number of articles and publications on industrial relations, tax policy, and social security.