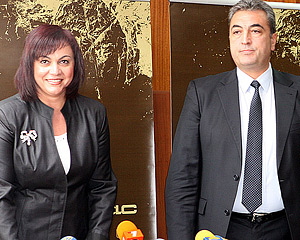 Prices will jump up by 26%. Thus the most popular Victory packs will cost BGN 3.45 instead of the current BGN 2.75.

Melnik will be the most costly Bulgarian brands - BGN 2.90. A price of BGN 3.15 will be introduced for largely smoked Sredetz packs.

The move is expected to get many inveterate smokers round to quit their unhealthy habit.

Cigarette maker Bulgartabac has registered a 50,59% increase in sales revenue in the first nine months of 2008 compared to the same period of 2007.

The total amount of the increase in sales revenue for this period is BGN 14,102 M. At the same time the total net revenue of the company in January-September, 2008, amounted to BGN 54,344 M.

However, much of the revenue came from the sale of two of the monopoly's four cigarette plants located in the cities of Plovdiv and Stara Zagora.

The two factories were sold on the Sofia Stock Exchange in July in order to restructure the company and to consolidate the production in the cities of Sofia and Blagoevgrad.