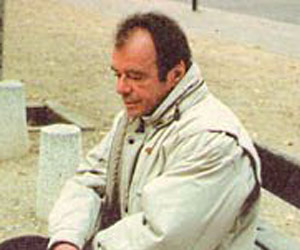 The renown Bulgarian poet Konstantin Pavlov died Monday at the age of 75.

The renown Bulgarian poet and playwright Konstantin Pavlov died at the age of 75, the Union of Bulgarian Film Makers announced Monday.

Pavlov's poems have been translated into English, French, Spanish, German, Polish, Russian, Hungarian, Serbo-Croatian. He has been widely recognized as one of the authors with greatest impact on Bulgaria's modern literature and culture as early as the 1960s.

In the words, of the Russian poetess Anna Akhmatova, Konstantin Pavlov was the greatest Bulgarian poet she ever read.

Between 1966 and 1975 the communist regime banned Pavlov from publishing his literary works.

In 2000 Konstantin Pavlov was awarded the National Poetry Award "Nikola Furnadzhiev" for his contribution to the Bulgarian poetry.

In 2005 he received the National Literary Award "Hristo G. Danov" for his poems and plays, and for his contribution to the development of Bulgaria's civil society.