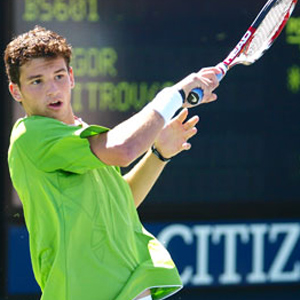 The No. 3 seed Dimitrov defeated 6-4, 6-3 the 17-year-old American Devin Britton from Jackson, Mississippi.

"Devin gave me a hard time in the first set and especially in the beginning of the second. But I found a way to manage my game, and that was the key", Dimitrov said attributing his confidence to his win at the Wimbledon Junior Boys' final in July.

After the game the Bulgarian also declared this had been his last match in the juniors, as he was going to enter the professional tennis.