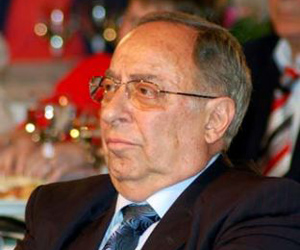 One of the most renown Bulgarian composers Vili Kazasyan has died at the age of 74 only a few weeks after his participation as a member of the jury in the Music Idol song contest. Photo by slava.bg

The relatives of one of the most famous Bulgarian composers and conductors Vili Kazasyan announced Saturday that he had died.

The 74-year-old Kazasyan has been the Director and conductor of the Big Band of the Bulgarian National Radio for over 35 years.

He was born in Sofia in 1934. In 1957 he graduated as an engineer from Sofia's Technical University. After that he studied at the State Music Academy.

Kazasyan was active in jazz festivals, and dozens of Bulgarian and international music forums. His name is associated with some of the most famous Bulgarian radio and TV music shows over the years, including with the Golden Orpheus Music Festival.

In March-June 2008 Kazasyan appeared as one of the four members of the jury in the Music Idol TV song contest - the Bulgarian version of American Idol, which ran on the bTV channel.

The funeral service will be held on Monday at 11 a.m. at the Sveti Sedmochislenitsi Church in Sofia.