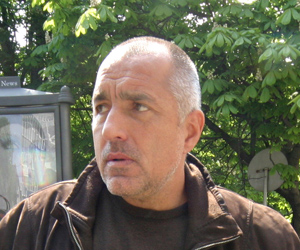 Saturday Borisov declared before reporters that he had ordered a verification of the properties' legitimacy and if real estate taxes for those properties have been paid.

In an interview in the Bulgarian daily newspaper "Trud" (Labor), taken in the above-mentioned property's yard, Dogan on his part insisted that the building was a hotel.

"The inactivity or the District Mayor of the "Vitosha" district and of its Chief Architect, whom I had to both replace due to corruption since they were photographed while taking bribes, will take them to the Prosecutor's Office. This is the difference between Mr. Dogan and myself. I obey the law; he thinks that everything regarding his affairs is above the law. If any individual can erect a fence, a barbecue or an illegal building, this is why the State is in such condition", Borisov said before Darik

When asked if he really believes that he was going to be able to demolish those buildings, Borisov replied that if this information came from Dogan, this was, yet another speculation.

"As I have already said, he (Dogan) is the one leading the State, the triple coalition and actually no one could sanction him - neither prosecutors nor the DNCC. The City Hall or I myself, are not those to sanction Dogan. It would be the DNCC or the prosecutor's Office. If he believes that he does not a have problem with those agencies, then no one would be going in front of them", Borisov concluded.