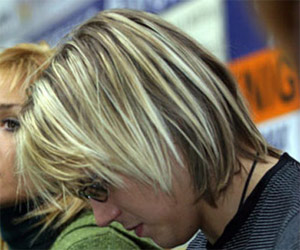 The charges against Maxim Staviiski have not been changed, although there were some changes, which include a reviewed figure for the amount of alcohol, up to 1,18 permilles from 1,1 permilles. Photo by Yuliana Nikolova (Sofia Photo Agency)
Prosecutor's Office in the seaside city of Burgas has prolonged the term of investigation on the deadly crash caused by Bulgaria's figure skating world champion Maxim Staviiski.

The probe will now continue for 20 days more.

The bill of indictment against Staviiski has been reviewed and was presented to the defendant on Monday.

The charges in the bill have not been changed, although there were changes in the reviewed figure for the amount of alcohol in Staviiski's blood when he caused the accident that left one person dead and another in a coma in August.

In the reviewed bill, the figure is 1,18 permilles, compared to 1,1 permilles in the original bill, which makes Staiviiski subject to criminal charges.

The defendant's lawyers have made new demands, concerning the technical expertise as well as the medical one.

The skater is accused of involuntary manslaughter and aggravated bodily harm, which carry a penalty of three to 10 years in prison.

The crash, between skater's Hummer sport utility vehicle and two cars, occurred August 5 on a bridge over the Ropotamo river near Burgas.

Staviiski veered into the opposite lane and bumped headlong into a Honda Civic with four people riding in it. The driver of the Honda Petar Petrov, 24, died in a hospital and one of his passengers - an 18-year-old Mihaela Gorsova - was hospitalised in a coma.