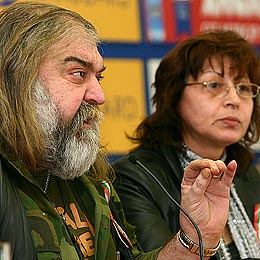 The coalition "Natura 2000 for the benefit of municipalities" said there is no consensus over the borders of the Europe-wide network in Bulgaria. Photo by Kameliya Atanasova (Sofia Photo Agency)
Bulgarian officials were advised to approach the European Union with a request for a delay in the submission of the list of land plots, to be included in Natura 2000.

The coalition "Natura 2000 for the benefit of municipalities" made the statement on Sunday, saying there is no consensus over the borders of the Europe-wide network.

At the beginning of the month the government said it would make public within a month the mapping out of land, to be included in Natura 2000.

The restrictive regime of each of the zones will be defined by the environment minister after public debates with the landowners.

Natura 2000 programme has triggered waves of protests from two opposing camps. Eco-activists want more territories included in the program, while landowners fear they will not be able to cash in on the lucrative real estate business in Bulgaria if their parcels come into it.

Lack of sufficient information about Natura 2000 has been blamed for the public outcry.