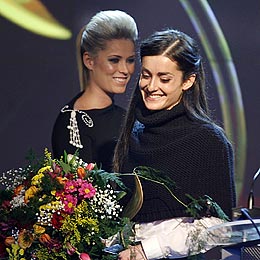 TV anchors from both state-run and private channels - Veneta Raykova, Mila Dobreva and Mia Santova - met face to face to be given the recognition.

Kuneva herself was nominated for the top prize of Woman of 2006, but was unable to come after her plane did not land at Sofia Airport.