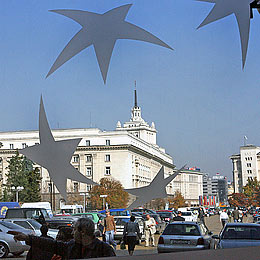 The labour market doors may only stay shut for a year instead of for two, UK's Minister for Europe Geoff Hoon said in Strasbourg.

The measures imposed on the migrants seemed harsher than they actually were, and the government wanted to make them as painless as possible to the Romanians, Hoon said talking to EP observers from Bulgaria's neighbour.