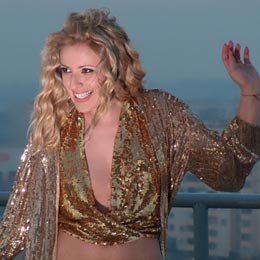 Ava is one of Bulgaria's hottest rising music stars. Photo by ava-music.com
The Dance 2006 compilation, which includes the Bulgarian song "Make Me High", reached number one on France's Top 40 album chart.

The two Bulgarian stars DJ Star Tattooed and pop singer Ava joined efforts over the song. This is the fourth compilation in a row in which the single is included. The hit is in the music market on vinyl and CD.

The hit enjoys great success in the radio stations FG and Fun Radio and the video has been launched on several French TV channels.

DJ Star Tattooed and Ava have signed with AirPlay Records, a division of Universal Music and are getting ready for the next raid towards the French charts.