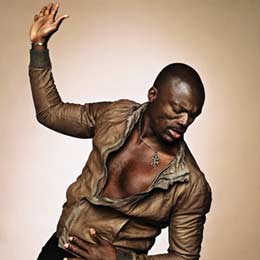 The show proved to be a unique one, especially bearing in mind the singer's reputation for making each concert a true spectacle. Seal will be visiting Poland, Croatia, Romania and the Czech Republic as well, but his Sofia concert is special, for it managed to bring together two rivalling companies.

Organizers from Joker Media and Balkan Entertainment Company have been at odds for a while, but the prospect of the double Grammy winner's visit made them burry the hatchet at least for one gig.

Henry Olusegun Adeola Samuel, as only true fans know him, took Bulgarian audience on a trip to the land of soul to mark the fifth birthday of free culture guide Programata.

The Brit has captured the heart of thousands with this moving ballad Kiss From A Rose, and for the price of BGN 30 - BGN 70, Bulgarians joined the ranks of those thousands too.