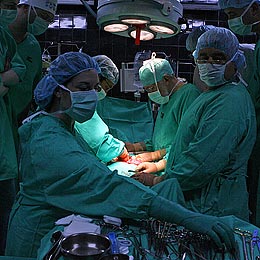 The explantation of the mother's kidney has already been completed successfully and the donor feels well, the doctors said.

Experts recommend kidney transplantations to be done at childhood age because children rehabilitate and adapt faster.

In France such transplantations have been carried out for 30 years. 85% of them are from dead donors. The tendency is towards kidney transplantation from live donors. The risk for the donor is 0.003%, neurologists from the team said.

About 90% of the transplantations are successful, they added.

This is the second kidney transplantation along the lines of the Bulgarian - French cooperation. The one, carried out in December 2005, has ended up successful.