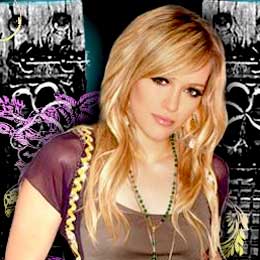 Duff is charmed by what she has seen from the country so far, and she likes the people a lot, Producer Les Weldon told bTV.

The Hollywood teen is shooting a movie under the working title War Inc., with John Cusack, who is also the script-writer of the movie.

Cusack chose Bulgaria to shoot, because he has already filmed once in the country and was quite taken with it, Weldon explained.

Production in the country will continue for about two more months.

War Inc. is set in the future, when the desert country of Turagistan is torn by a riot after a private corporation, owned by the former US president, has taken over the whole state. Cusack plays the role of a hitman, who suppresses his emotions by gobbling down on hot sauce and is hired by the corporation's head to kill the CEO of their competitors. Everything changes when the ruthless killer finds himself head-over-heels in love with a sexy reporter, who is on the hunt for the truth behind the fake war.