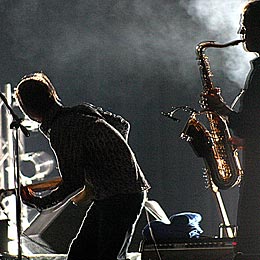 The concert was in Hall 1 of the National Culture Palace on September 18.

The band, who throughout the 1980s had a number of hits in the UK and around the world, gained fame for its tight musicianship, soulful songs and funky riffs but parted shortly after Phil and Boon left, and Mark and Mike forged their own solo careers.

They gained a reputation as a live band, mainly because of front man Mark King's slapping bass style.

In 2002 they are back, Joined by new band members Mike and Mark reformed for a one-off Greatest Hits Tour, driven by tireless bass maestro Mark King and back on the road for the first time since 1994.

Now, two decades later, Level 42 came personally to Bulgaria to promote their album Retroglide that will be released in September.