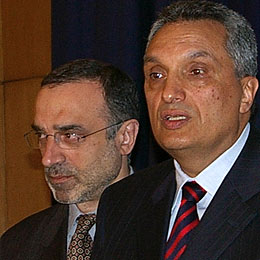 DSB believes that everything else but a full membership, without any enforced safeguard clauses, would be a failure, party leader Ivan Kostov said. In his words the fact that Romania has managed to exceed Bulgaria is a worrying fact for the state.

Kostov also pointed out that his party would back the non-confidence vote against the Cabinet and would ask to add motives concerning corruption among ministers form the Movement for the Right and Freedoms (MRF). In Kostov's words MRF have used the misfortune of the people and have misused the money allocated for floods recovery.

DSB would also back the non-confidence vote as Prime Minister Sergey Stanishev has declined to answer the questions asked by the rightists.