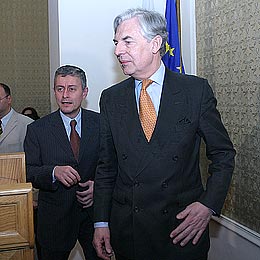 It is a historical day for Bulgaria and we are getting closer to the country's entry in the EU, he also commented. In his words these amendments are necessary for the country and its life.

I remain an optimist for Bulgaria's timely entry in to the union, van Orden pointed out after Bulgaria's MPs approved on third reading the amendments in the country's Constitution.

Geoffrey van Orden is to draw a report on the progress made by Bulgaria since the latest conclusions by the EC issued in October 2005. After approval in the European Parliament, the document will be used as a basis for the next report of Brussels, due in May.

The session is expected to issue a final declaration.