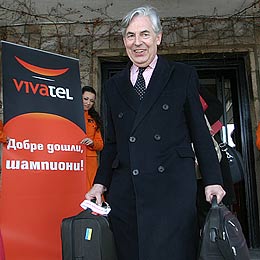 In an interview for Bulgarian National Radio (BNR), the MEP who is also rapporteur for the country, stressed the fight against organised crime and corruption will be key topics of discussion during Orden's visit to Sofia.

He arrived in Bulgaria to take part in the joint parliamentary committee Bulgaria-EU, March 30-31.

In the words of the European parliamentarian, it is likely that the so-called "small" safeguard clause would affect the justice and home affairs field. The same provision has been included in the Accession Treaty of EU10 that joined the bloc in May 2004.

Geoffrey van Orden is to draw a report on the progress made by Bulgaria since the latest conclusions by the EC issued in October 2005. After approval in the European Parliament, the document will be used as a basis for the next report of Brussels, due in May.

The session is expected to issue a final declaration.