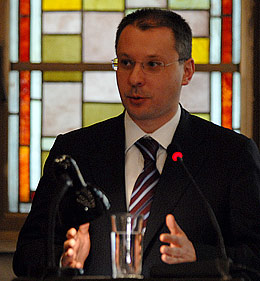 The visit is at the invitation of Finnish Prime Minister Matti Vanhanen.

Finland will assume the EU presidency on July 1, during a crucial stage of the process of Bulgaria's accession to the big European family.

Stanishev is to confer with President Tarja Halonen and Jari Pekka Olavi Vilen, Chairman of the Committee for European Union Affairs of the Finnish Parliament and of the parliamentary Finland-Bulgaria Friendship Group.