Jailed Vanko 1 Back in Hip-Hop 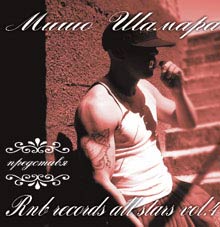 A new compilation of hip-hop hits will include vocals by Bulgaria’s jailed rapper Vanko 1. This is his comeback into the music business since Vanko was jailed for women trafficking last year. Photo by R’N’B Records
Vanko 1, a Bulgarian hip-hop star who is now in jail for forcing women into prostitution, is back in the music business.

Fellow rap idol Misho Shamara has included the prisoner's vocals in a recent hit compilation, the music company said in a press release.

The song "Stop Breathing" is the first one to feature Vanko 1 since his conviction last year.

The performer, his father and his cousin were found guilty of running a women trafficking network.

But Vanko 1, born with the name Ivan Glavchev, insists that he was not guilty.