Bulgarian Shepard Dog to be Patented 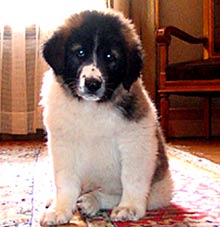 The idea will be reviewed by the National Commission on Breeds and if accepted the patenting process might take up to 2 months.

The breed is typical fro Bulgaria. It is known as one of the most valued and oldest working breeds in Europe. The breed has been developed by the proto-Bulgarians. These powerful dogs can be found in different regions of Bulgaria but they are said to have developed in the Stara Planani, Rila, Pirin and Rhodophes mountain regions.

The Bulgarian Shepard dog is known for its remarkably long-living canine, sometimes reaching over 20years of age.

That breed is famous with its extraordinary intelligence.
Society » Be a reporter: Write and send your article
Advertisement
Advertisement
Expats.bg All Are Welcome! Join Now!
More from Society