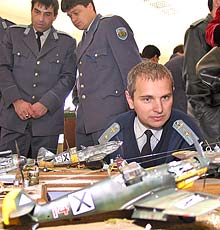 Under it, cosmonauts working on the Russian orbital spaceship "Mir" are able to grow by themselves fresh vegetables.

Bulgaria joined the scientific research of open space in 1969 and now ranks sixth in the world as per cosmonauts sent there - Georgi Ivanov and Alexander Alexandrov.

The Balkan country comes next to spatial giants US and Russia in the development and production of spatial foods. Moreover, Bulgaria has fully equipped two Earth satellites - Intercosmos and Meteor-Priroda.