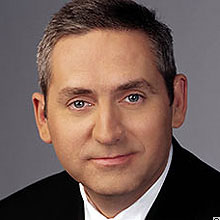 During a panel discussion at the World Economic Forum last month, Jordan said he believed that several journalists who were killed by coalition forces in Iraq had been targeted.

Following the furor that his remark triggered, he backed off, saying he never meant to imply U.S. forces acted with ill intent when U.S. forces accidentally killed journalists.

"After 23 years at CNN, I have decided to resign in an effort to prevent CNN from being unfairly tarnished by the controversy over conflicting accounts of my recent remarks regarding the alarming number of journalists killed in Iraq," Jordan said in a letter to colleagues, cited by CNN.

"I have devoted my professional life to helping make CNN the most trusted and respected news outlet in the world, and I would never do anything to compromise my work or that of the thousands of talented people it is my honor to work alongside.

"While my CNN colleagues and my friends in the U.S. military know me well enough to know I have never stated, believed, or suspected that U.S. military forces intended to kill people they knew to be journalists, my comments on this subject in a World Economic Forum panel discussion were not as clear as they should have been."
Politics » Be a reporter: Write and send your article
Advertisement
Advertisement
Expats.bg All Are Welcome! Join Now!
More from Politics