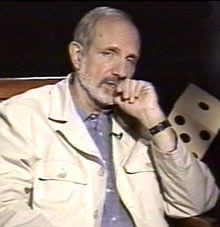 I love Bulgaria because of these cameras and journalists, De Palma said upon his arrival in Sofia where he was "attacked" by the Bulgarian media. The legendary director revealed that he would probably shoot his newest movie "The Black Dahlia."

De Palma will inspect the shooting sites for his next movie. Josh Hartnett, famous for his "Black Hawk Down" and "Pearl Harbor" roles, together with Scarlet Johansson and former pop superstar Mark Wahlberg will star in de Palma's production.

The movie worth of USD 50 M tells the story of the murder of Elizabeth Short that has intrigued, mystified, and even disgusted the city of Los Angeles for more than half a century.

Elizabeth Short, a 22-year-old wannabe actress, spent several years moving around, gaining odd jobs. On January 15, 1947, a passer-by spotted her nude body in a vacant lot near Hollywood. Upon the release of the murder in the press, several men and women admitted to the crime. But the police could not validate anyone's story.