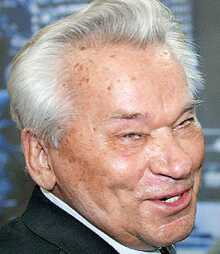 The "liquid weapon" is made from grain harvested in Russia and water drawn from Lake Ladoga north of St Petersburg, promoters said.