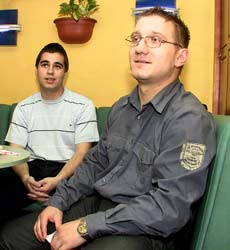 The Bulgarian distributors of the game, together with the local Potter fan club, will screen a multimedia presentation on Saturday. The event will take place during the first national meeting of Harry Potter fans. The game should be available in Bulgaria around June 20.

More than 800 people will join the party. Organizers told Novinite.com that the youngest participants were at the age of seven, but there were people in their 30s as well.

Commenting on media reports about a Scottish elect for the Viktor Krum part, the fan club leader said he was still hopeful for a Bulgarian Krum. "There was not any official information from the producers about the actor they selected," Andrey Hadzhivassilev said.

READ MORE about Harry Potter movies at For the Record section