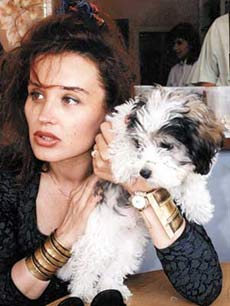 Ania Pencheva and Nikolay Sotirov are among 25 Bulgarian actors to play in the Icon spy series. Shooting is planned to start in Sofia in two months, New Image company chief David Varod said.

The Icon scenario narrates about modern Moscow, where a corrupt presidential candidate makes up a plot to restore totalitarian regime. His ambitions put him in the core of a mighty conspiracy, with the mastermind having no second thoughts even to spread plague by a mortal virus.

Hallmark Entertainment is a world leader in TV movie productions. The company has offices in New York, Los Angeles, London and Sydney. Its movies enjoy an audience of over 88 million people in 110 counries, including Bulgaria.
Society » Be a reporter: Write and send your article
Advertisement
Advertisement
Expats.bg All Are Welcome! Join Now!
More from Society