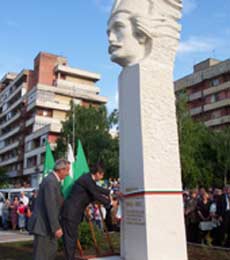 The date is related to the heroic death of revolutionary poet and fighter Hristo Botev who sacrifices his life, at the age of 28, for Bulgaria's freedom.

The love for Bulgaria marked his whole life and passionate revolutionary poetry, both ended in a battle near the modern town of Vratsa, when his 200-member detachment was attacked and destroyed in the mountains.

In commemoration of those heroic days and the deeds of many more Bulgarian patriots who gave their lives for Bulgaria's liberty, hundreds of people go up to the mountains each year and follow in the steps of Botev's detachment.

That life-long way to sacrifice from the Danube-site at Kozloduy to the mount of Okolchitsa, stretches along 120 km in the Vratsa Balkans.