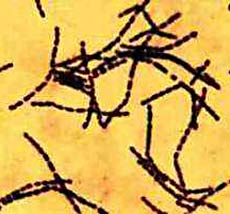 Bulgarian medical doctor Dr. Stamen Grigorov discovered a special kind of Lactobacilli and called them Lactobacillus Bulgaricus , the only bacterium that had never damaged the human organism anyhow.
Almost each person in the world knows that Bulgaria is the homeland of the yoghurt.

However, this unique product garnered a worldwide fame in the end of 19th and the beginning of the 20th century. Even then well-known Russian scientist Illya Metchnikoff - one of the founders of modern immunology, linked the longevity of the Bulgarian people with the consumption of yoghurt.

Metchnikoff even reported that the special kind of Lactobacilli in samples of Bulgarian yoghurt- Lactobacillus Bulgaricus- was the only bacterium that had never damaged the human organism anyhow.

Still, Professor Metchnikoff was not aware who the real founder of that very special bacillus was. The answer was given in 1905 when the Bulgarian medical doctor Dr. Stamen Grigorov, who had been a student at that time in Geneva, discovered a special kind of Lactobacilli and called them Lactobacillus Bulgaricus.

Stamen Grigorov, born in the western Bulgarian village Studen izvor, went to study abroad. He graduated medicine in Geneva. At the age of 27 he was an assistant of a famous bacteriologist.

Despite the fact that he received offers to stay in Geneva, Dr Grigorov returned to Bulgaria. He actively participated in fight in tuberculosis rapidly spreading in Bulgaria.

The famous doctor became a part of the Bulgarian army and was sent at the front. He was even given a "Courage Award" and a "Golden Red Cross" award.

Dr Grigorov spent the last days of his life in the town of Elin Pelin.